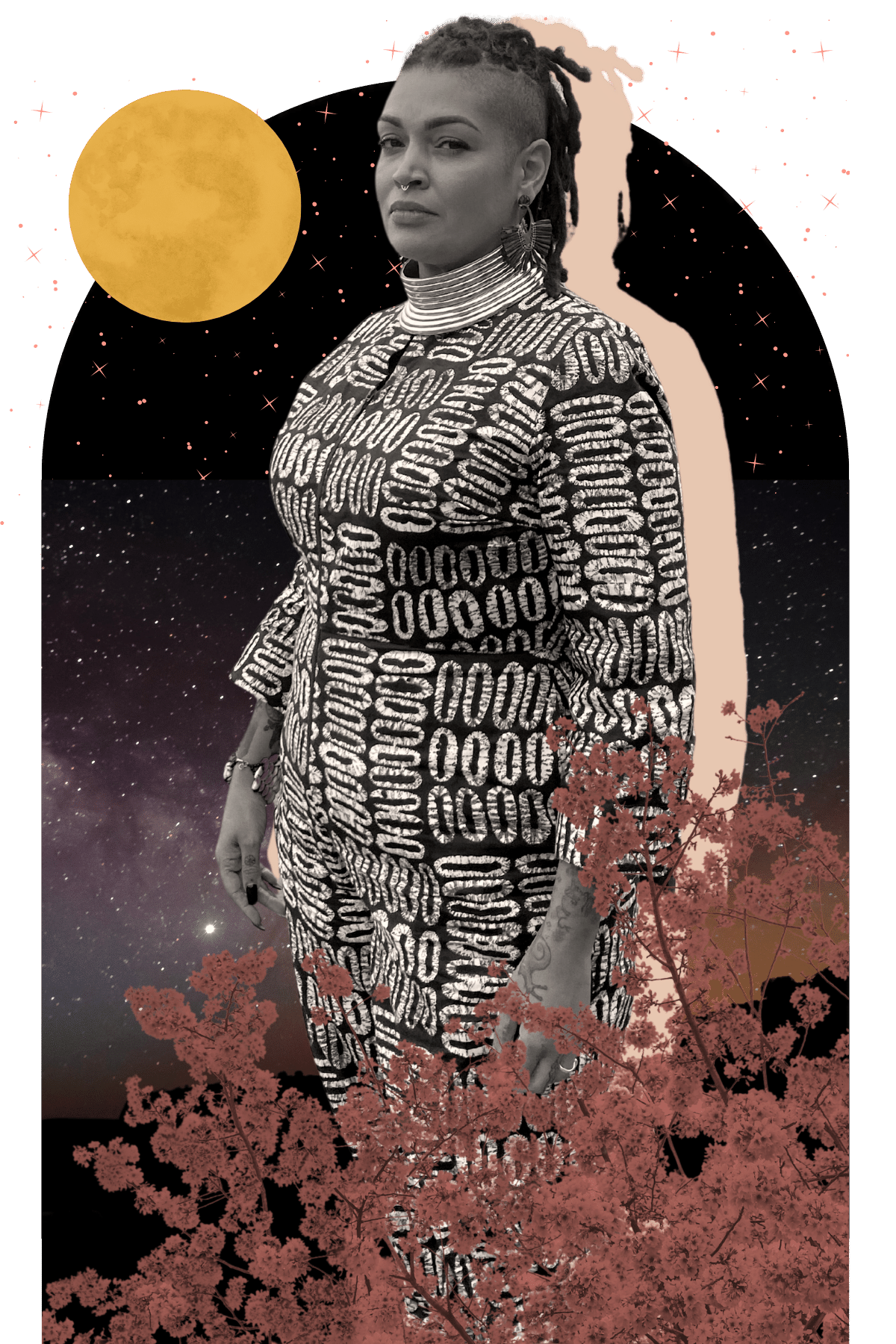 Linnet Williams was only nine years old when she first held someone’s hand as they died.

Today, around three decades later, she is a trained priestess of Ifa – a spiritual practice that originated in West Africa and later spread to diaspora communities worldwide – and a death doula who helps people transition more peacefully to the afterlife.

As the coronavirus pandemic brought much of the world to a standstill and caused millions of unexpected deaths worldwide, Linnet began offering women affordable training to become death doulas like her.

She launched the initiative from Baltimore, Maryland, but the outpouring of interest came from around the globe. When faced with death, many people want to reclaim their ancestral traditions.

As a young girl, Linnet regularly spent time in the nursing home in Brooklyn, New York, where her mother worked. One day, an old man Linnet affectionately called Mr. Santa died quietly in his chair as she gently gripped his hand.

In those years, death was all around Linnet. She could feel it in the air in the nursing home. First, it was a faint smell that she noticed. Sometimes, it looked like a person's face melted away as their soul left their body.

Linnet was frightened the first few times she witnessed death. She cried and told her mother that she didn’t understand what was going on. Her mother explained how natural death was, and Linnet soon learned to feel comfortable around it. She began talking to people in the nursing home when she sensed that they would die soon. She took on a role as an informal spiritual counselor there.

As a teenager, she began studying different spiritual practices and using rituals from various spiritual traditions, including Ifa, Espiritismo, Wicca, Voodoo, and Catholicism, to help people transition to the afterworld. Accompanying the dying became a natural part of her young life.

Now Linnet runs a program called the Diaspora Death Doulas. She trains women of color to accompany the dying, building a community that helps people transition using their ancestors’ tools and customs, including ceremonies from African and Caribbean traditions.

Over the past year, Linnet has trained 185 women from around the world to serve as death doulas using their ancestral traditions. During the pandemic, most of the program’s activities have been held on Zoom, allowing more people from diverse locations to attend. From indigenous women in Australia to Chicanas on the West Coast of the U.S., women from around the world have now passed through the training program.

“I created this because there was a need to have death doulas of color,” Linnet told me. “Many of us have been death doulas many times over, and now there is a name for it. We preserve ancestral traditions while caring for the dying.”

The ceremonies Linnet and the other diaspora death doulas carry out vary depending on the background and religious tradition of the people dying, whom the death doulas call “friends.”

The doulas might chant the names of their spirit guides and ancestors. Or they can set the ambiance in the room with crystals and singing bowls, offerings of fruit and flowers and money. Sometimes they burn incense, other times they use sacred oils or herbs mixed with water to bless the body before and after death.

In some ceremonies, the women call out to the Egun, the name of their ancestors in the West African tradition of Ifa. They hit the ground in rhythm with a large wooden staff, chanting and calling out to the Orishas, the spirit guides who go by the names of Eshu, Obatala, Yamaya, Ogun, Oshun, Oya, and Orunmila, among many others.

Most importantly, the women use their spiritual training to shift and refocus energy, helping release the dying person when they are ready to leave their body. In the Ifa tradition, this energy work is called Oriki. “We can see their soul leaving the body," Linnet said, “and we connect with their energy field and begin calling in the ancestors to assist with their transition.”

Linnet believes that everyone can tune into the energy of the dying, but it comes more easily to some people than to others. “It’s about clarity and having an open heart and mind. I have worked with folks who are instantly in tune. Some people take more time because they need to work through blockages in themselves. This is 100% spiritual work. But even if you just hold someone’s hand, you’ve done work. It takes a lot of strength to come into a room where someone is dying.”

Regardless of their location, all of the women are all deeply committed to showing up for the dying during their final days.

Ava Lawson, a 50-year-old who completed the Diaspora Death Doula program this year, wants all of her “friends” to know she will be there with them until the end. “I want to create that sacred space,” she says. “I want to let them know it’ll be OK on the other side.”

Nia Daughtrey, who like Linnet is based in Baltimore, was inspired to train as a death doula after her father died of cancer. She is now studying West African spiritual traditions to serve the community in her area. She has also learned to shift her perspective to see life through the eyes of a dying person.

“Think about everyone you love, and then think about losing each and every one of them and how that would feel,” Nia says. “For a person who is terminally ill, in a way, they have to deal with the death of everyone around them because they are going to be gone. I used to be very fearful of death, but I’m respecting it more as a life process,” she adds. “People need to be loved through it. That’s why I wanted to be in this movement.”

Her chosen Swan Song is “Rugla” by Amiina.