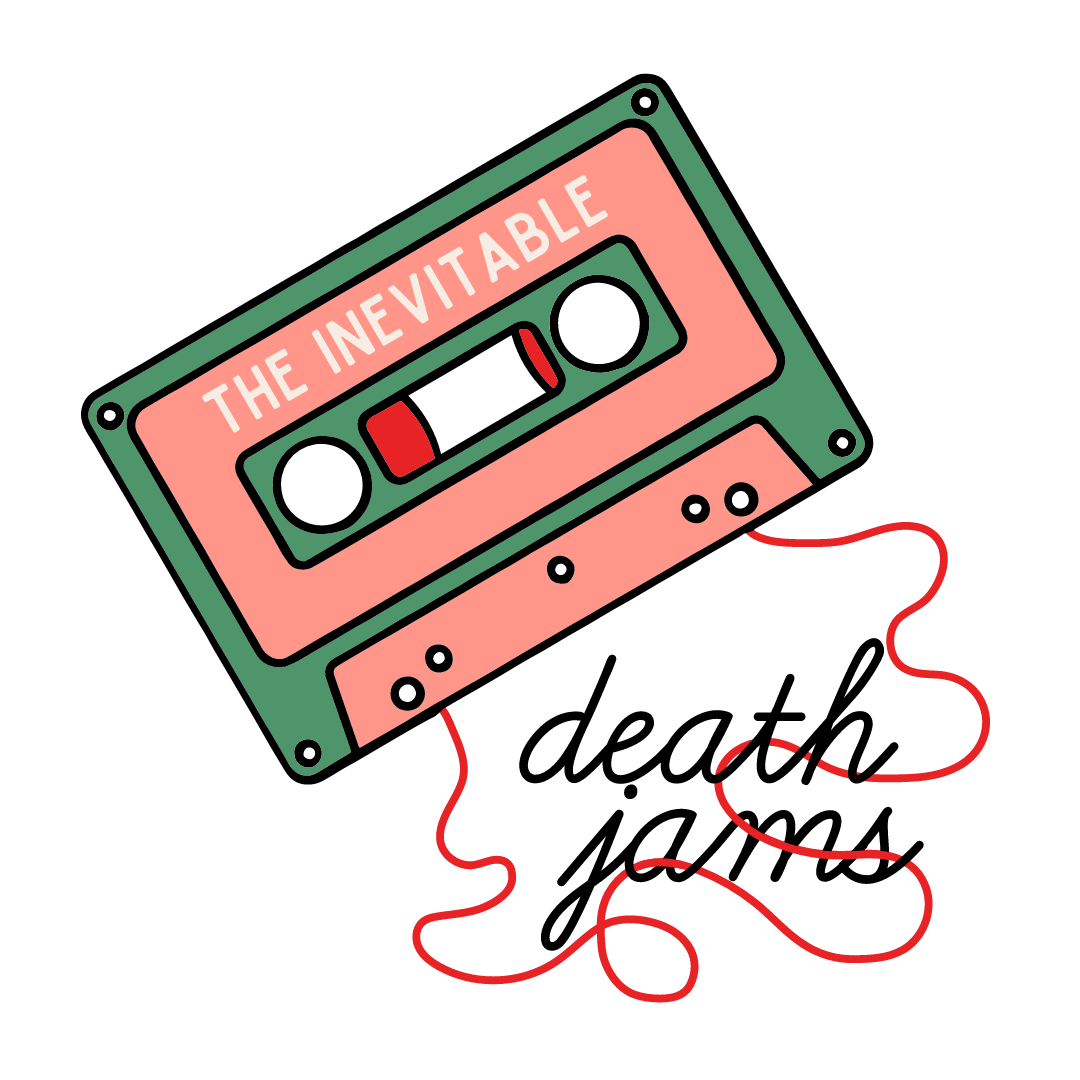 1. Stars - ‘No One Is Lost’: “Put your hands up cause everybody dies,” go the lyrics in this honest, rousing celebration of death through the lens of life. For us, the whole album is glorious proof that pop music is a fine medium to address the fact we're all going to die.

2. Van Morrison - ‘Slim Slow Slider’: We love how a very personal perspective on one girl's impending death expands out to offer a very all-inclusive reflection on death-in-itself. “I know you're dying / And I know you know it too / Every time I see you / I just don’t know what to do”.

3. Nirvana - ‘You Know You Are Right’: A young family member of The Inevitable’s team left the lyrics to this song on his suicide note. For that reason – let alone the fact that this was the the last song Nirvana recorded before Cobain's death in April 1994 – It will never not hit hard.

4. Burial - ‘Young Death’: We think of this track as a litany for an entire generation lost in the streets of London, rather than the individual subjects of some of the other songs in this mix.

5. J Dilla - ‘Stop’: An era-defining musician, rushing to finish his final pieces of work on his death-bed, while going through the five stages of grief. We think of this as evidence of J Dilla in the bargaining stage; because being alive is when “You better stop and think about what you're doing.”

6. Alice Coltrane - ‘Journey In Satchidananda’: We can only hope that this track – and the entire transcendental album of the same name – is what it might sound like to go beyond life; the kind of soundtrack that you hear when you cross that final river.

7. The Imperial Brass Funeral Jazz Band - ‘Second Line’: Taken from the album ‘A New Orleans Street Parade Live In Paris’ this is a stirring example from the realms of joyous send-offs, funerals-turned-into-parties; death as the reason to celebrate all the very best of someone’s life.

8. Flying Lotus - ‘Coronus, the Terminator’: “The days of bitter are coming to an end / So come with me, if you want to leave” – and if Flying Lotus is leading, we’re happy to follow to the very end, and whatever lies beyond.

Listen to our Swan songs.