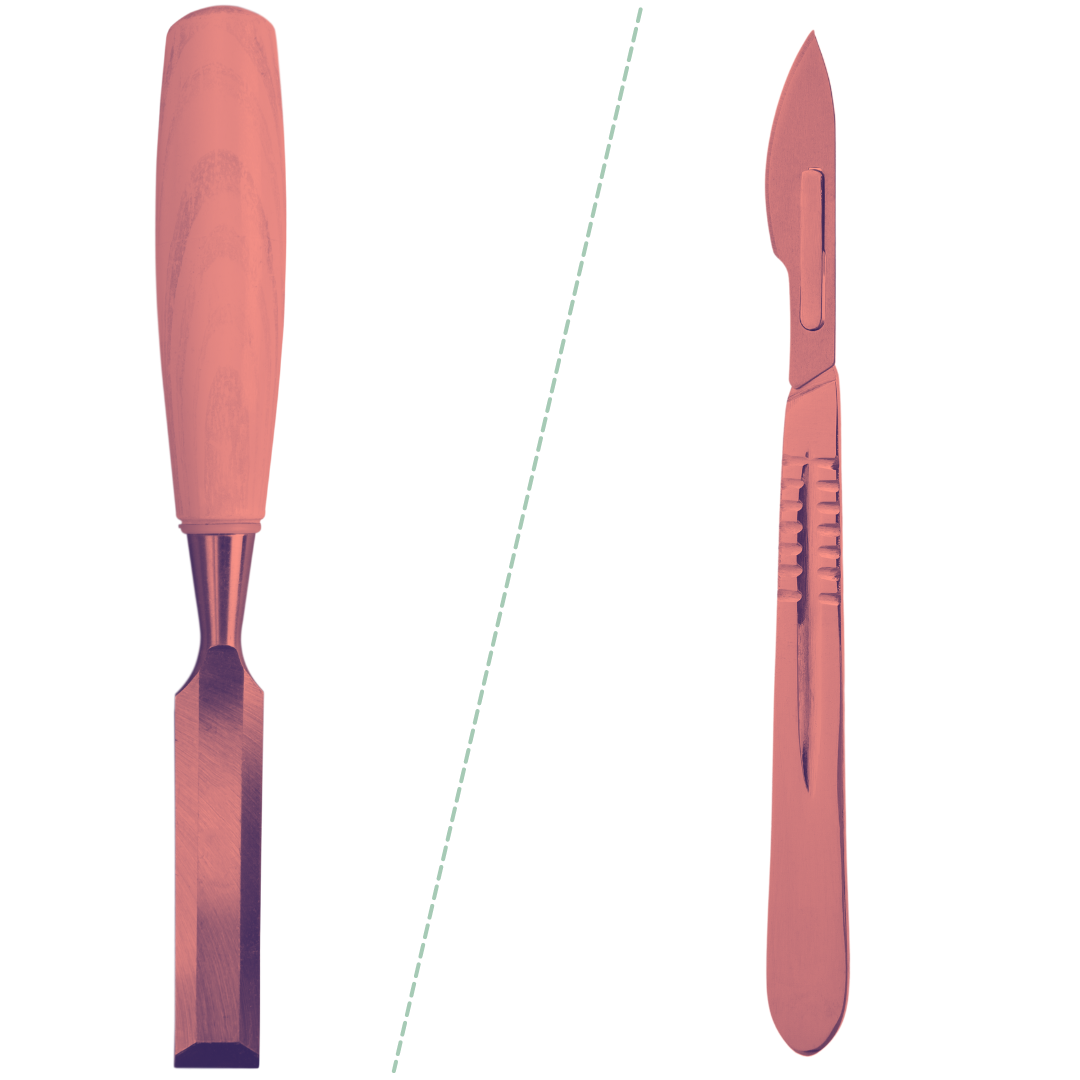 The scalpel bites into the skin above the collarbone. I hook a gloved finger into the hole I’ve made and fish around until I feel something like a small, slick rubber tube, and pull it to the surface. This is the carotid artery. I loop a piece of suture around it, then find the jugular vein and do the same. I make a small incision in each, slipping a pair of angular spring forceps into the vein and a metal-tipped hose into the artery. The hose runs to a machine that looks like a giant blender full of pink, cloudy fluid. I switch the machine on, and as the clotted burgundy blood flows down the table, I flex and massage the body to facilitate distribution of the fluid.

I puncture the belly with a sharp-tipped metal rod attached to a suction hose, and stab it through the internal organs before injecting formaldehyde into the abdominal cavity. Finally, I suture the incisions, pack the orifices with powdered formaldehyde and cotton, wash the body down, and superglue the eyes and mouth. This is embalming – or, more specifically, modern Western arterial embalming, and it has been the most common funeral practice in the United States for nearly a century.

Humans have developed countless methods of preserving their deceased, involving everything from herbs to evisceration, boiling to baking, slathering in tar to submerging in honey. Modern arterial embalming was developed in Europe, beginning with the early anatomists. Now, in many countries including here in the USA, it has become, for many, the de facto method of post-death body care. Here in Brooklyn, where I worked until recently as a funeral director and embalmer, the bereaved sometimes asked me if embalming was required by law.

Most of my clients were at least nominally Catholic or Protestant, and at least half opted for embalming. “Prep work” (industry jargon for embalming) was an essential part of my job for over six years. I have embalmed over a thousand bodies, including those green and bloated with putrefaction, those burned to death, and those rendered into mush by trucks or trains. Embalming children and infants was by far the toughest part of the job; then more than ever I had to remind myself that I was using a rare and unique skill set, requested by the family and intended to help them navigate their grief.

I think of embalming as halfway between surgery and sculpture. It leaves the dead looking alive, but asleep, an appearance bodies do not naturally have after dying. Bloating, odor, fluid leakage, discoloration of the skin, perhaps even some insects making a new home – these are just a few of the very normal, natural post-mortem changes.

The classic criticism of embalming, first articulated by Jessica Mitford in her groundbreaking 1963 book The American Way of Death, is that it is a racket foisted upon the death-denying American public by the for-profit funeral industry. There is a good deal of truth in this. Americans prioritize youth and perfection. Death is everywhere in our art and media, but all too often in a cleaned-up, Disneyfied version.

The funeral industry is happy to indulge this, and to extol the benefits of embalming. Some funeral homes certainly do take advantage of grieving families to shake them down for cash. Those owned by large corporations, like the vaguely named Service Corporation International, or SCI, still present commission-based salespeople as “grief counselors”, as highlighted by Mitford. Many mortuary schools still teach that embalming contributes to public health by sanitizing the body, but this is a strange version of the truth. The process actually creates a proven health risk, exposing the embalmer to pathogens and carcinogenic chemicals that can also contaminate the environment. In the US, we bury enough embalming fluid every year to fill six Olympic-sized swimming pools, fluid which then leaches out into soil and groundwater.

Most cultures view the body after death, and this has been shown to be an important function in the grieving process. Cases in which the body is never viewed (something anyone who lost a loved one during the first wave of COVID-19 may have experienced) can lead to unresolved grief. Corpses live in the uncanny valley, but I believe we must go there to visit them if we can. Embalming smooths the path for this painful but vital process. I have often been deeply moved by the praise for my work: the bodies look “so peaceful”, or “years younger”, I was told.

I am nonetheless profoundly conflicted about embalming. I enjoy the craft of it, but don’t want to be embalmed when I die. I appreciate the psychological benefits, but recognize too that it can perpetuate an unhealthy death-denialism. And the harm it does to the environment is undeniable.

If we are to move beyond embalming, we must first reckon with the reality of death. There are some indicators that this may be on the horizon: embalming and conventional burials are decreasing, as direct cremations and green burials rise, part of a broader shift toward sustainability and embracing the natural in all its imperfections (think of the local and organic food movements).

There are many alternatives to embalming: longer refrigeration, dry ice, or a simple “wash-and-set”, often used in green burials, and reminiscent of traditional Jewish and Muslim post-death preparations (when the eyes and mouth are closed, the body washed, and little else). Viewing the body can take place at the time of death for those who die at home or in the hospital. But it’s unrealistic to expect that the bereaved can always view their dead this way. For those cases, we should insist upon the use of green embalming fluids. Green fluids are now widely available; I've used them a number of times myself, and their effectiveness seems to increase with each passing year. But this will still require Americans, and others around the world, to divorce themselves from the picture book death-image to which they have become accustomed. Green fluids are generally still not as effective as formaldehyde, and therefore yield less lifelike results.

I believe, though, that this should be our aspiration: an eco-friendly, death-affirming, minimally invasive procedure used only when essential. A place, necessarily, somewhere in the uncanny valley, but far from both the jolting horror of decomposition and the unreality of bodies made to look like Hollywood props.

While he admits he’s “a real sucker for funeral music”, his chosen Swan Song is Tom Waits’ “Dirt in the Ground”: “Perhaps a little on the nose, I know... My second choice was the Beastie Boys’ “Intergalactic!”” 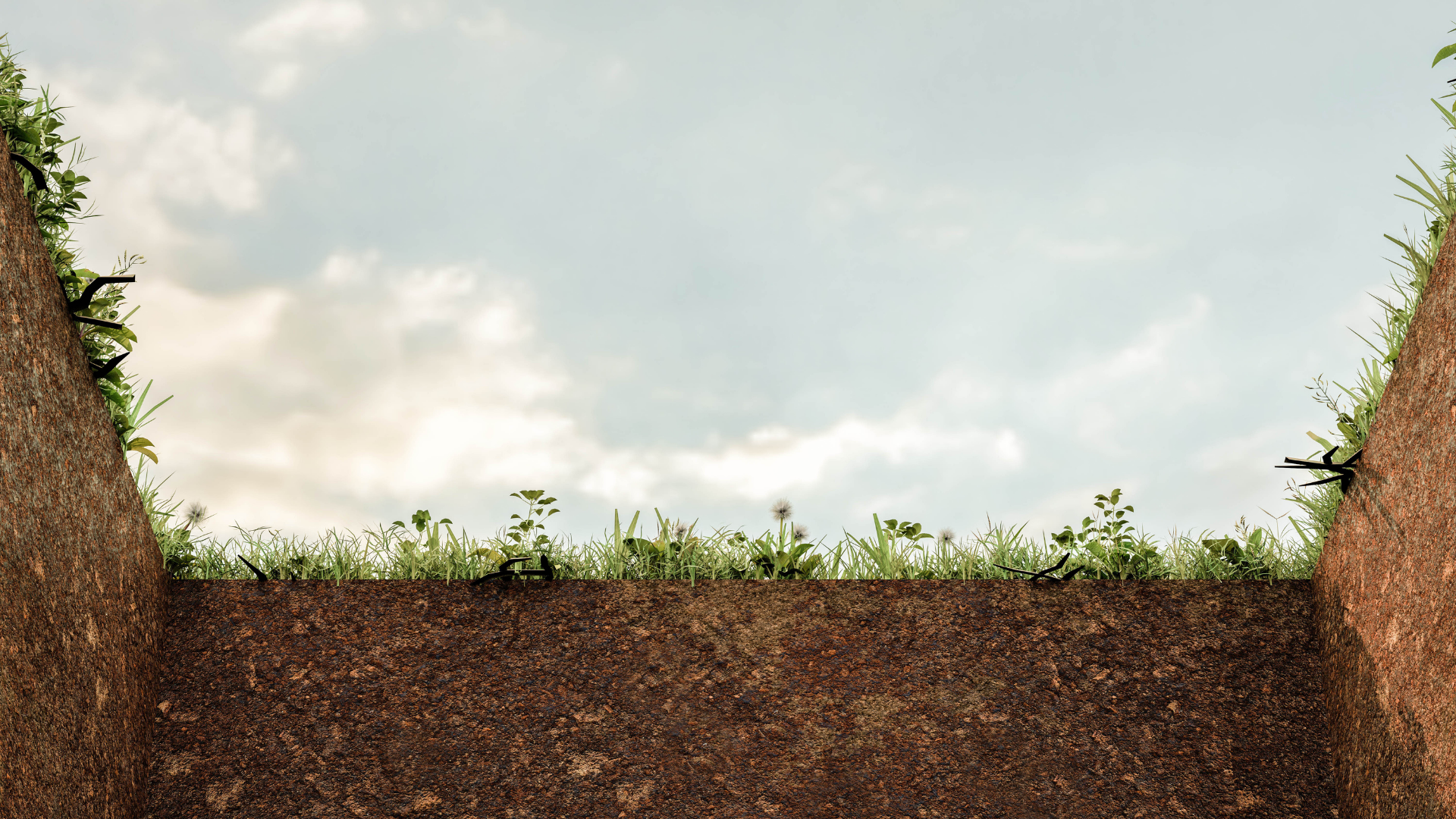